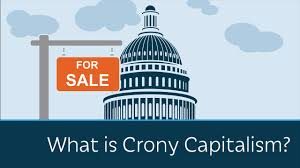 The danger, of course, is that competition for consumers will be replaced by competition for political pull. There are thousands of instances of companies lobbying for tariffs, price supports, subsidies, and restrictions on their competition, all for their own self-interest and profits of course. When such lobbying is successful, capitalism becomes about sucking up to power and cultivating the coercive powers of the state to be on one’s side, rather than about lowering costs, lowering prices, improving quality, and serving consumers.

To fully grasp just how deeply protectionists insult the intelligence of their audiences, keep in mind this fact: at the core of protectionists’ case for punitively taxing fellow-citizens’ purchases of imports is the assertion that shielding domestic companies from competition will prompt these companies to compete harder for customers – that shielding domestic companies from competition will motivate these companies to work harder and more creatively to improve their operating efficiencies, to keep their costs and prices as low as possible, and to constantly improve the quality of their outputs.

In other contexts, no one believes in any such wacky magic of protection from competition. If a student were to tell me that he would study harder and work more diligently were I to protect him from having his class performance compared with that of other students, I’d fail that student on the spot if I were allowed to do so.

Or suppose that you’re searching for a contractor to do major repair or remodeling work on your home. Would you not burst out laughing at a contractor who promised you that he’ll give you the best price and highest quality only if you agree to take his bid only and to refuse even to hear bids from other contractors? Of course you would … a reality that raises this question: why do not more people burst out laughing when domestic producers seeking tariffs effectively make similar promises?