… is from page 130 of Deirdre McCloskey’s and Alberto Mingardi’s superb 2020 book, The Myth of the Entrepreneurial State [2]: 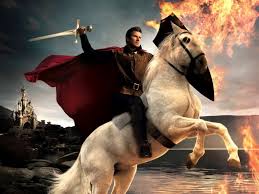 At a certain point also some alleged liberals began to attack (classical) liberalism. The so-called “New Liberalism” in Britain in the 1880s, and then Progressivism in the US and socialism on the Continent, attacked the liberal ideas of writers like John Stuart Mill or Henry David Thoreau or Francesco Ferrara. That is to say, after a moment in the early 19th century in a few places of true-liberal ideology among advanced thinkers, the European clerisy commenced longing for hierarchy, to be run of course by the clerisy, which viewed itself, as [Mariana] Mazzucato views herself, as a new aristocracy, suited to lordship over mere citizens. The new illiberalism worldwide drew heavily on a genetic hardwiring in Homo sapiens in favor of charismatic lordship. The man on the white horse, advised by experts, must save noi, il populo they cried. No need for bottom-up. No need for liberty.